Check out the Cypherock X1: ETH Denver Edition. Limited to only 50 wallets
November 07, 2022 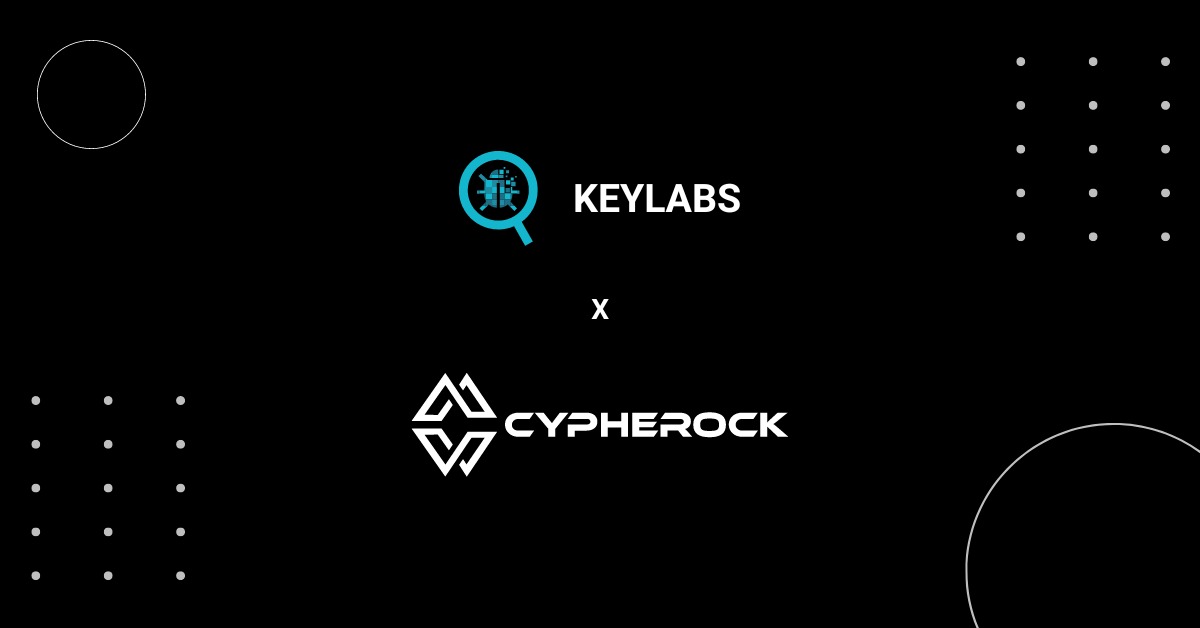 “The Cypherock X1 is an innovative wallet that uses many hardware and software security best practices and even features several security firsts that we have not yet seen in other wallets” - Keylabs.io

Keylabs is an industry leader when it comes to hardware security. Famously known for running WALLET.FAIL , and for their course on discovering vulnerabilities in popular hardware wallets as of today. Cypherock is proud to announce, that the X1 hardware wallet has successfully passed the security audit conducted by Keylabs, and has successfully implemented all the improvements suggested during the auditing process.

To learn more about the security audit, you can read the full report here.

To understand the improvements suggested, and the fixes made by team Cypherock, you can read our response report here.

Here are some of the highlights regarding Cypherock that were covered in the security audit which reinforces the security standards set by Cypherock.

Eliminating the single point of failure

“The security of the overall Cypherock wallet is based on the security of several devices working together. As a result, the compromise of a single device or card is insufficient to compromise the seed and/or funds stored on the wallet”

“Since Cypherock utilizes a Shamir Secret Sharing protocol for splitting the cryptographic seed, exploiting the physical wallet requires also exploiting at least one of the X1 Cards.”

Cypherock wallets being seedless ensures that attack vectors on the 24 words recovery phrase are nullified. Cypherock X1 solves the single point of failure both on the hardware as well as on the software layer. The hackers are required to compromise at least 2 of the 5 secure hardware which is practically not possible with sufficient geographical distribution and secure PIN protection to be able to compromise the crypto assets setting a new standard for crypto security.

Added security for peace of mind

“Cypherock implements a Proof of Work algorithm in the case of a forgotten PIN. This is of course a security critical function”

In addition to a sharded private key, Cypherock allows users to set an alphanumeric pin that protects the wallet secured by Cypherock X1. While accessing the wallet, users would have to input the pin. This protects funds in the case any attacker gains access to 2/5 shards, because they would then be needed to guess the pin as well. The algorithm that has been implemented essentially increases wait times between wrongly guessed pins. After a certain number of tries, the wallet could be locked for up to 100 years. Additionally, PIN guessing ensures zero reliance on Cypherock for PIN recovery making the X1 wallet more decentralized than any other wallet.

“Because Cypherock programs both the STM32L4 and the ATEC608A during manufacturing and both of these in turn generate a pairing key for their communication, it is impossible to simply replace either of these components, for example, with an STM32L4 running malicious firmware.”

“Trivial attacks such as replacing the STM32L4 with a malicious STM32L4 is not possible because of how the STM32 is paired with the 608A.”

“Production devices will be ultrasonically welded, which will in practice make opening the device more difficult.”

Within the hardware wallet space, supply chain compromise is a major concern where an attacker can replace the components within the wallet with malicious parts. The hardware architecture of Cypherock is designed in a manner that nullifies component replacement because of how each of the hardware components interacts with one another for authentication. Additionally, measures like ultrasonic welding secure the device from attackers trying to open the hardware and gain access to components.

“Because Cypherock provisions the X1 Cards during production, it is likely that these will not be exploitable in practice.”

“Keylabs has reviewed the device provisioning authorization documentation which is publicly available. Cypherock is adequately protecting the provisioning root keys.”

Cypherock has a strict device provisioning methodology that allows the company to ensure that the wallet and its respective components are authentic, and have not been tampered with in any shape or form before the user receives it.

“The JavaCards are EAL5+ certified and the ATECC608A, as well as the STM32L4 do not currently have any known and publicly documented hardware vulnerabilities, which means they can also be considered reasonably secure.”

“Moreover there are currently no known publicly documented attacks against the STM32L4 or the ATECC608A.”

Utilizing best-in-class hardware components is one of the ways that Cypherock helps reduce the physical attack surface. The X1 cards for example are EAL5+ certified, which are similar to the credit cards that are used by individuals today.

In conclusion, Cypherock has taken all the necessary steps to ensure that the X1 hardware wallet is truly the safest option for cryptocurrency holders to secure their funds. Cypherock also ensures that all relevant security details that have been shared within the Keylabs report have been documented on the Cypherock website for public viewing and verification.